A Corporeal Ascension Theory/Ktoh Theory on how they connect 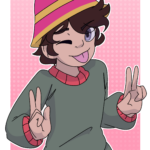 Soooooo After seeing the Ktoh Live event trailer today, I have been extremely excited about Corporeal Ascension and as well the live event coming in a few days. But after watching the trailer I decided to look a obren channel and saw the test cutscene for CA and I have a theory on how it all connects.  So here is my little theory about how ktoh and CA connect and I might be wrong about most of this but thought this would be fun.

Theory:  The Theory starts with the guardians?(I sadly don't know the name of them but if anyone does plz let me know in replys!)In the test cutscene one of the guardians is talking about the past and there creator on how they and there 2 brothers use to be together and were peaceful but over time they learned about the dark secrets about life. Over time there brothers left them in the dust and he was alone and now after being sent to a prison by his own creator, they want to uphold the worlds secrets that there creator have bestowed to them but will do anything to make sure that no one will get into there way(this is from what I took and understood from the cutscene test) Once watching it a few times and watching the new trailer a lot for the ktoh live event and as well the little secret in ktoh, here is how I feel they all connect. (As well I am just going to call the guardian well guardian just to make things easier to follow for me and you.) It all begins after the Guardian's brothers left him, The Guardian begins to feel things and emotions.  While they understood that it wasn't there fault on leaving them behind, they still were feeling a lot of stuff.(this is the part of the theory where I feel I have to guess what happened so I probably am wrong on this but who knows) The feelings of many things began to hit the guardian and did something with the dark knowledge they knew. While it is uncertain on what happened, It was so bad that the creator decided to in prison the guardian and trap them forever. At first when I heard of the creator I was thinking oh could that be oldren. Well the for I thought about it and after watching the trailer a lot I feel that oldren is not the creator but instead I feel oldren is a protector of the guardian Prison and was assigned by the creator them selfs to make sure that the guardian would never escaped so the guardian was put and trapped into a piece of land the floated into the sky and to make sure that one decided to look around the island, he made something simple but something where you would never think about anything else on that island. That thing would be ToH. Over time people began to find this floating island and oldren had no problem with it, so much so that new towers were being created. But after feeling tried of the many towers created. They vanished and decided to only keep ToH to make sure that no one would ever look but decided to keep an empty island just incase if something might happen. As time went on inside that island things began to happen there odd and in the prison in lies in ToH a countdown begun. oldren notice this. As a distraction oldren made one more tower that was big and tall to make sure no one looked at the new pieces of land that was slowly coming out of ToH. While to most people no one looked around and were just enjoying the new five year tower and ToH. Some began to find this place where it was a bit corrupted and saw a green orb with a countdown. While the people who found this didn't understood on what it all meant, They were curious on what the statue and countdown meant and they began to wait(at the time I am writing this the event is going to be happening in 3 days. so anything can happen during this event and this is what I came up with as well this theory could be super out of date by the time the event happens so I am going to do my own theory as well on what might happen in the event) As the countdown was nearing it's end oldren was getting prepared to guard the prison with his life. The countdown ended and the green orb activates by now there are players who jumped in and see the place around them, it was something they never seen before and as you keep waking you see something that is truly the final stretch. oldren with no choice see the player and has to fight to you make sure that the guardian doesn't escape at the end the player wins and a orb in the sky pops. the white orb in the sky is slowly freeing the guardian. With oldrens final breaths he trys to stop with a event that can be decided with words. As a result it changed the world and destroyed the towers and islands that remain and at the end the world looks different and you see the guardian looking at the new world free at last and now the guardian is free they are going to follow there directive and stop anyone or will prison anyone at any cost and that is how Ktoh is reborn and where CA begins.

Conclusion: This theory is probably super wrong but honestly I couldn't help it. I am so excited to see what happens and I want to know more about this world so here is a little something I came up with. I hope you enjoyed it and it wasn't to crazy lol but I hope you all have a great day and if you read my theory thank you :D!

Don't tell Obren that I stole his shipment of moners. 🙂 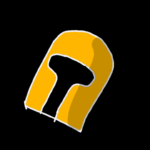 THATS NUTS but it seems realistic 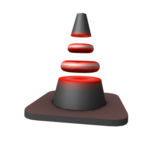 haha yes its me

ok so this theory is super wrong lol but it was fun just making it tho :0

The "guardians" are called "Du'umats" lol